When it comes to looking and feeling great, Ageless Body Sculpting doesn’t believe in giving you anything less than your dream come true. Operating out of Fall River, MA, our practice has been improving and restoring physical appearance, boosting self-confidence and helping men and women look and feel their best for the past 10 years.

At Ageless Body Sculpting, we do more than just alter your appearance. With our professional team of talented and experienced medical professionals, we combine our cosmetic expertise with the latest advances in medical technology to give you the body of your dreams. Led by Dr. Stephen Gagliardi— specialist in cosmetic surgery — our brand new cosmetic center and MedSpa offers expert services on everything from facials, skin peels, laser hair and tattoo removal, and injectables to liposuction, tummy tucks, fat transfers, vaginoplasty and more — and all under one roof.

As your dedicated and trained providers, we are here to listen to all your cosmetic hopes, questions, and concerns. For years, we have focused our efforts on improving your quality of care, while always expanding our knowledge on some of the most advanced cosmetic and medical procedures. We are transparent in all aspects of our practice, and we will give you honest opinions about the likely outcome of any treatment or surgery you request. From the moment you walk in for a consultation, your desired result becomes our main focus. Committed to patient satisfaction, we make your safety and well-being our top priority, and we carefully train our team of staff and assistants to make sure our practice achieves optimum levels of hospitality at all times.

Serving the communities of Southeastern MA, Ageless Body Sculpting specializes in multiple areas of expertise. They include, but are not limited to: 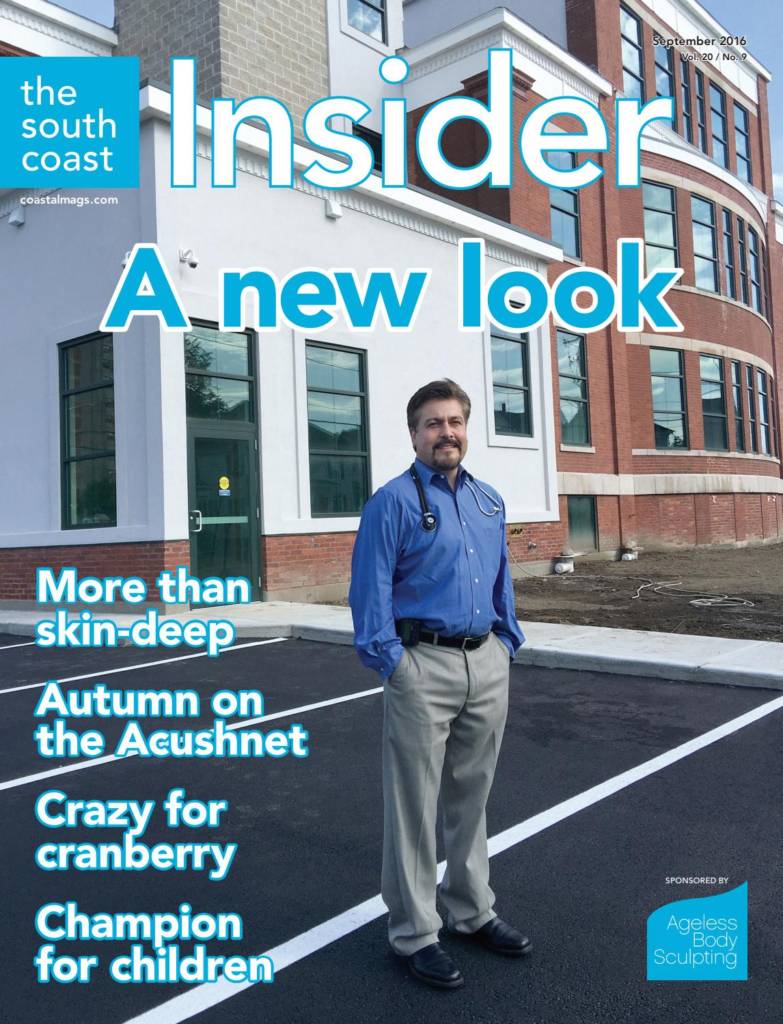 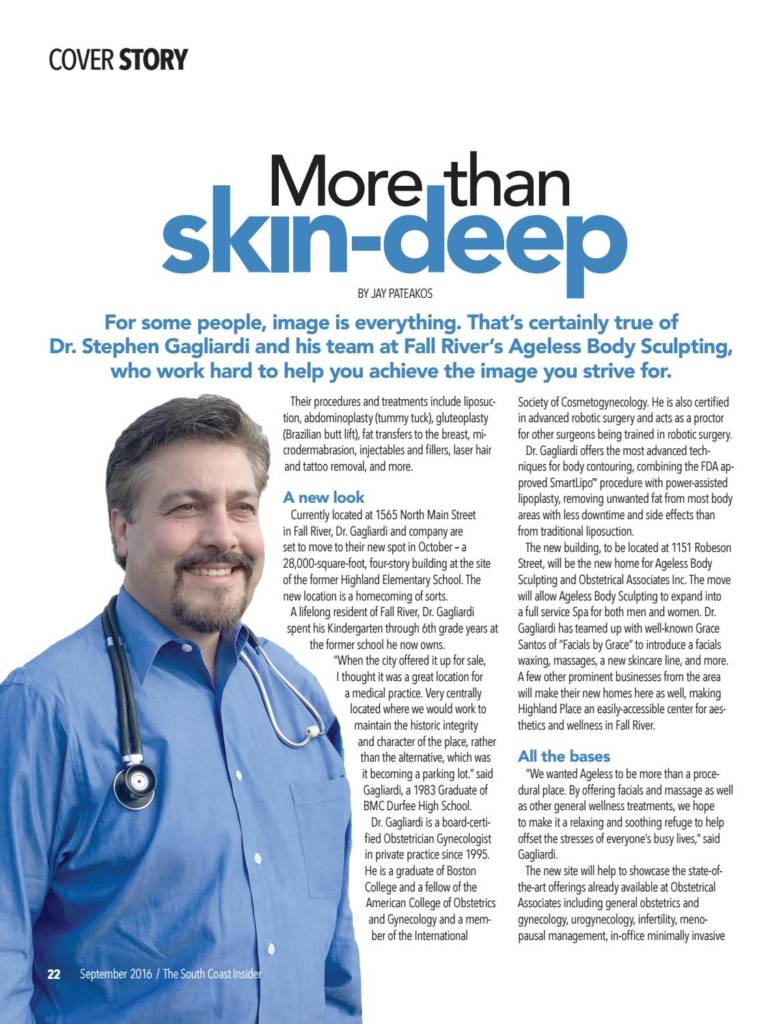 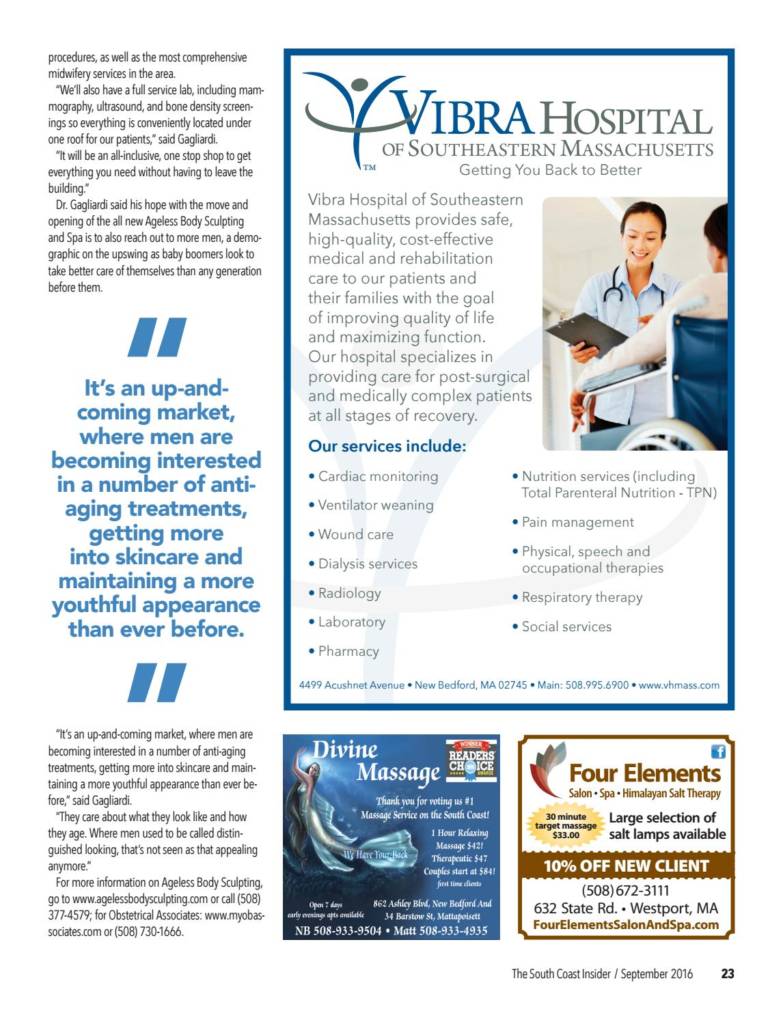 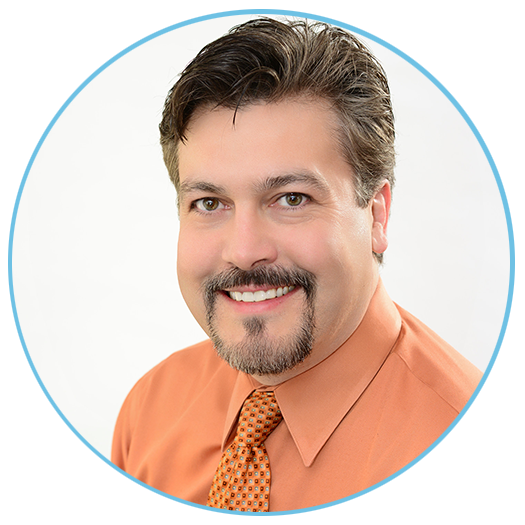 When it comes to helping you look and feel great, Dr. Stephen Gagliardi, who is a board certified Obstetrician and Gynecologist with extensive experience in cosmetic surgery, including procedures for both women and men, believes in giving you nothing less than making your dreams come true.He is completely committed to improving and restoring your physical appearance, boosting your self-confidence, and helping you look and feel your very best.

Dr. Stephen Gagliardi is originally from Fall River, MA and has been in private practice there since 1995. He graduated from BMC Durfee HS in 1983 and entered the Honors Program at Boston College. He graduated cum laude from the Honors Program at BC as a Scholar of the College in 1987. He received his MD from the Hahnemann University School of Medicine in Philadelphia, PA in 1991 and went on to residency at Mount Sinai Hospital in Hartford, CT. He completed his residency in OB/GYN at Mount Sinai in 1995 and moved back to Fall River where he joined Obstetrical Associates. He has been in private practice there since and specializes in Urogynecology and advanced laparoscopic pelvic reconstructive surgery including laparoscopic total hysterectomy and DaVinci robotic surgery.

Dr. Stephen Gagliardi offers the most advanced techniques for body contouring by combining the FDA approved SmartLipo™ procedure with power-assisted lipoplasty, Dr. Gagliardi is able to remove unwanted fat from most body areas with less downtime and side effects than from traditional liposuction. He is also one of the first practitioners to offer lipo-abdominoplasty as well as fat transfer to selected body areas.

Dr. Gagliardi believes in combining his extensive experience in cosmetic surgery of the body, including female genital enhancement, while utilizing the latest advances in medical technology, to help you get the body of your dreams, and he always spends an ample amount of time with you to gain a better and more personal understanding of your needs and your cosmetic goals.

Dr. Stephen Gagliardi has received extensive training in advanced body sculpting and in-office tumescent liposuction. He is a fellow of the American College of Obstetrics and Gynecology and a member of the International Society of Cosmetogynecology.

Ready to look and feel like a million bucks?

Schedule your consultation with our talented and professional team at Ageless Body Sculpting and get the comfort, attention, service and beautiful results you deserve.

At Ageless Body Sculpting & MedSpa, we can help you to achieve the body you’ve always wanted, and get the pampering you deserve. Call us today to schedule your consultation. (508) 377-4579.
Fall River, MA | Newport, RI

Individual results vary. Images do not constitute a promise or representation of any particular outcome or experience.
Best results with a good diet and regular exercise.